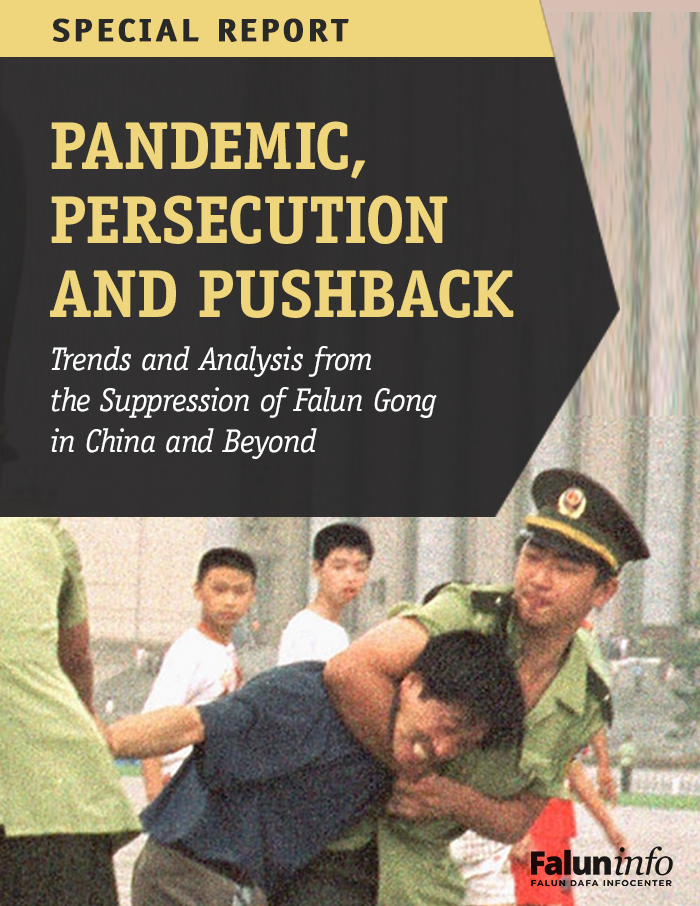 A New York architect receives a phone call from relatives in China that his 68-year-old mother was killed in custody in Inner Mongolia. An artist whose husband was killed by police ahead of the 2008 Beijing Olympics is sentenced to eight years in prison for sharing information about COVID-19. A 29-year-old dance teacher in Liaoning Province is abducted by police because she sent a message on the social media app WeChat to a friend.

In addition to suffering horrific abuse in China, what all of these cases have in common is that the victims were practitioners of Falun Gong persecuted for their faith. This May 13th marks 30 years since Falun Gong was introduced to the public in China. The practice, a Buddhist-based spiritual discipline, is practiced by tens of millions of people around the world. Its initial popularity in China was cut short in July 1999, when the Chinese Communist Party (CCP) launched a massive and violent campaign to eradicate the group. Nearly 23 years later, as the above examples demonstrate, Falun Gong believers throughout China continue to face severe violations of their basic rights to religious freedom, free expression, and due process.

This report examines the latest updates and trends related to the CCP’s anti-Falun Gong campaign over the past two years.  Millions of Falun Gong practitioners in China remain at risk of arbitrary detention, torture, and death in custody simply for self-identifying as a believer. Many are subjected to the longest prison terms and harshest treatment just for sharing information about Falun Gong, the persecution, or the CCP’s broader history of abuses against Chinese people. Once in custody, Falun Gong practitioners are subject to sickening forms of torture—including shocks with electric batons and sexual abuse—and an overwhelming body of evidence shows that Falun Gong prisoners have been killed so that their organs could be used in China’s expanding transplant industry.

Over the past two years, three trends are particularly notable:

Falun Gong practitioners inside and outside China have responded to the CCP’s campaign with courage and creativity, overcoming the party’s robust apparatus of censorship. In China, adherents are using BlueTooth on public transportation to share Falun Gong-related information with fellow travelers. Practitioners have been among the Chinese citizens most active in sharing information about the state of the COVID-19 pandemic, including one man in Wuhan—Fang Bin—whose videos gained international recognition. Outside China, the arts have been a crucial avenue for practitioners to share their faith and expose the persecution to international audiences via world-class dance performances, painting exhibitions, and award-winning films. These efforts have won support and appreciation from ordinary citizens and prominent human rights lawyers in China, high-ranking foreign officials, moviegoers, and others.

Over the last two years, the long arm of Beijing has tapped into the hyper-partisan politics in the United States and other Western countries in an effort to portray the Falun Gong community as linked to one part of the political spectrum. The efforts have, unfortunately, stuck in some cases as Falun Gong–a largely first-generation Chinese immigrant community that also comprises believers from across political and ethnic lines in over 70 countries–is wrongly portrayed by some U.S. media reporting as aligned with “alt-right,” white supremacist, or similar political groups. This mischaracterization has had an effect that serves the CCP’s interests: fomenting distrust toward Falun Gong among some government officials in the West.

Looking ahead, the CCP leadership remains committed to eradicating Falun Gong. Campaigns surrounding sensitive dates—such as July 20th marking the launch of the anti-Falun Gong persecution and the upcoming 20th Party Congress in the fall of 2022—are certain to incite renewed harassment and detention of known Falun Gong practitioners throughout China. The ongoing pandemic, now challenging China’s “Zero COVID” policy and prompting massive lockdowns, is also likely to escalate Falun Gong practitioners as targets because they seek to share unofficial information, especially with contacts outside of China.

As the CCP’s persecution against Falun Gong believers inside and outside of China continues over the coming year, international actors must not stand idle. Actions ranging from legislation to disrupt organ transplant abuses, sanctions imposed on perpetrators, and protection of Falun Gong communities abroad from Chinese agents are urgently needed to stymie repression, deter participation by low level officials in the persecution, and ultimately save lives. As Falun Gong practitioners pursue the spiritual path of their choice, live according to the tenets of truthfulness, compassion, and tolerance, and make sacrifices to bring forth a freer and more just China, it is time for the world to stand at their side.