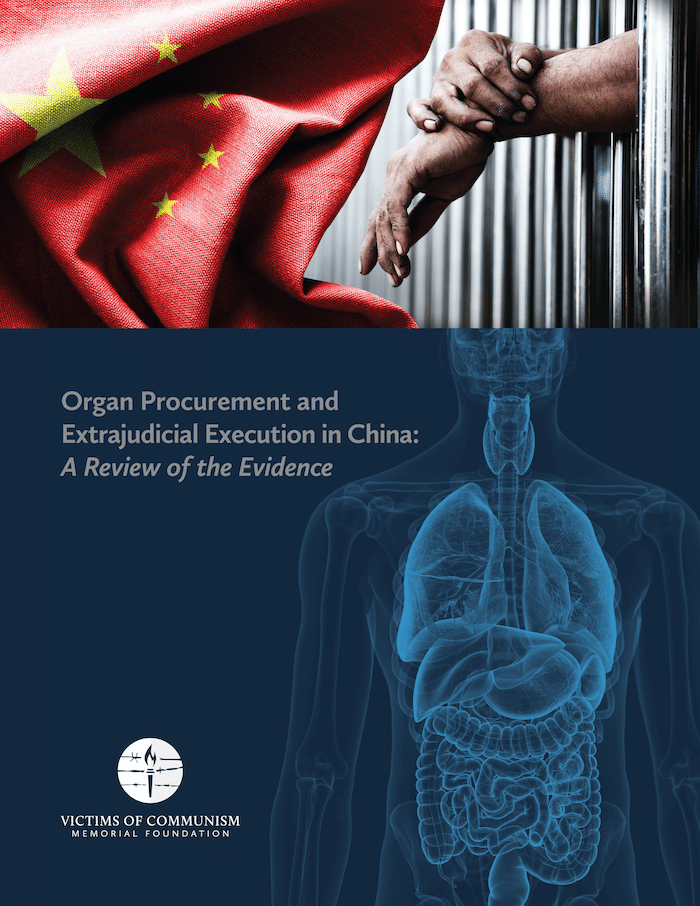 Organ Procurement and Extrajudicial Execution in China: A Review of the Evidence

The Victims of Communism Memorial Foundation (VOC) has conducted a detailed examination of the allegations of extrajudicial killing for the harvesting of organs by the Chinese Communist Party and the evidence underlying these allegations. The report was produced by VOC China Studies Research Fellow Matthew P. Robertson, a doctoral researcher whose work using statistical forensics to demonstrate the falsification of Chinese organ donor registry data was recently published in the leading journal of medical ethics, BMC Medical Ethics.

The report contributes to the literature and policy discussion on coercive organ transplant practices in China in several ways: it presents new primary documentary research and original datasets, integrates established scholarship on China’s death penalty system, and situates previously published works on organ harvesting within a careful discussion of counterfactual scenarios and scientific inference. It also serves as a roadmap to the debate about and evidence of extrajudicial killing for organs in China, while also critically engaging with how that evidence has been interpreted and received. The report challenges international complacency on the topic by examining the signs of ongoing organ trafficking, highlighting the falsification of official datasets, and analyzing the evidence that Uyghur Muslims may be the latest victims of this form of state predation.

In examining the extraordinary growth of organ transplantation and rapid availability of organs in China, the report asks one overarching question: What is the most plausible explanation for the source of the organs? The report examines the evidence of blood-testing and medical examinations of Falun Gong practitioners and Uyghurs in custody, and finds that extrajudicial organ sourcing from these populations is the most plausible and parsimonious explanation. As such, readers should adopt it as empirically adequate until either a better explanation or reliable data inconsistent with the hypothesis emerges.