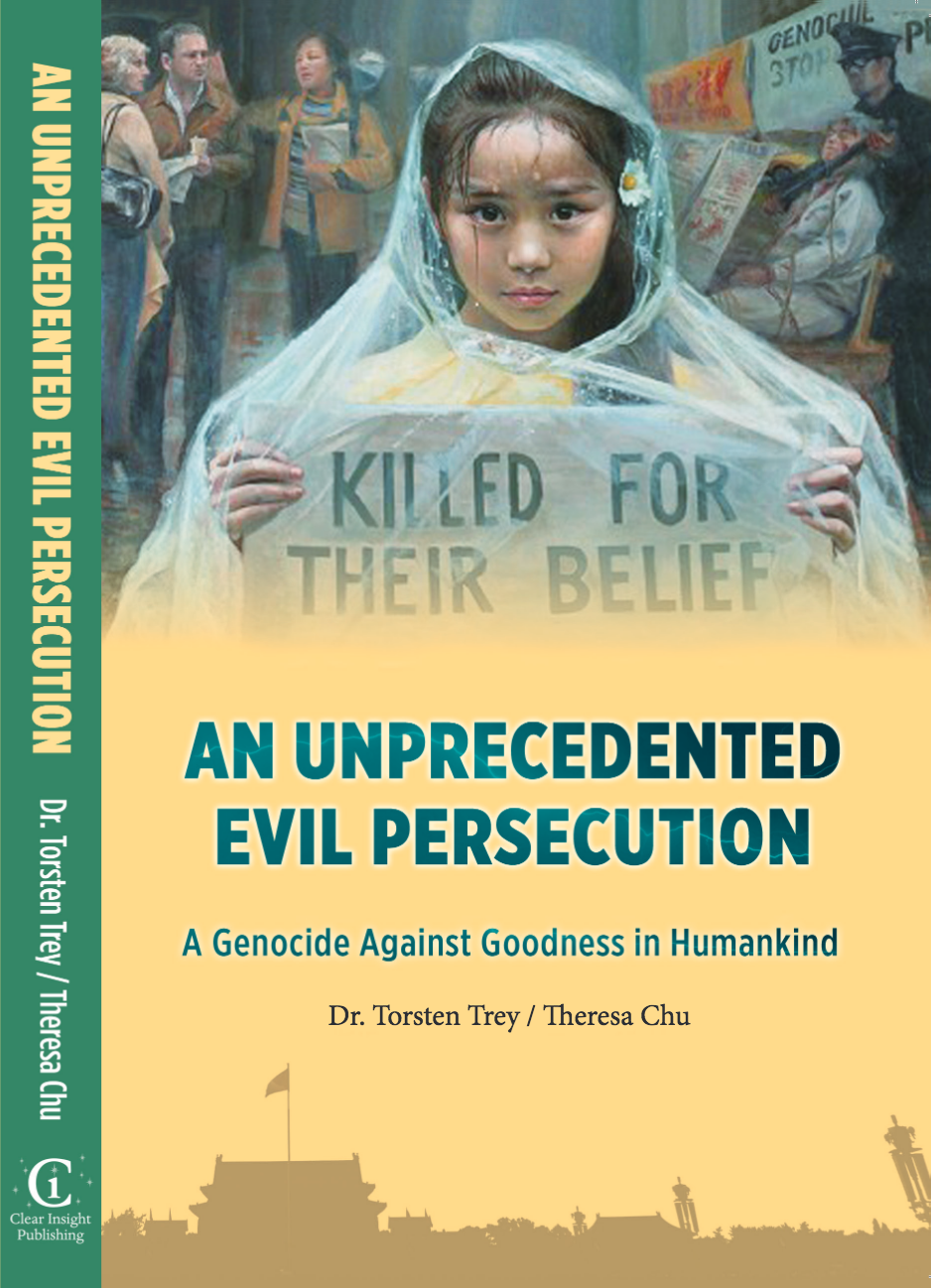 A genocide against goodness in humankind.
Governments worldwide are now extremely concerned about a decade of persecution.

Bridging to the 21st century from the violent suppression of China’s pro-democracy movement of 1989, the Chinese Communist Party (CCP) has repeated history and launched a genocide against citizens for their faith. The scale is unprecedented and the victims number over 100 million. The brutal murders and the extent of multiple forms of torture and cruelty has shocked China and those abroad. The United Nations Human Rights Commission, Amnesty International and other international human rights organizations have researched and documented the persecution of the Falun Gong, and other religious and political groups, since 1999. Each year the European Parliament and the American government raise a stern critique of the CCP’s brutal violation of the international Declaration of Human Rights. In An Unprecedented Evil Persecution international scholars, including renowned China experts, politicians, economists, human rights lawyers, physicians, senior journalists and artists from four continents utilize unique approaches—including viewpoints from politics, economics, the social sciences, culture, law, medicine and media—to analyze the CCP’s bloody persecution of Falun Gong and its long lasting impact on humanity.

“In our sophisticated age, the word “evil” has become somewhat unfashionable. Because it leaves no room for excuses, justification or compromise, it is a word that understandably makes people uncomfortable. And yet, there are some atrocities that can be described in no other way. The Chinese Communist Party’s (CCP) practice of involuntary organ harvesting from prisoners of conscience is truly evil and it is time for physicians, political leaders and human rights activists to join together to tell the truth about this barbaric crime.”

“The persecution of Falun Gong is beyond human imagination. The details of the torture and of the cruelty exercised by the evil perpetrators are too horrific, far exceeding the bottom line of mankind, resulting in the perception that it is unreal.”