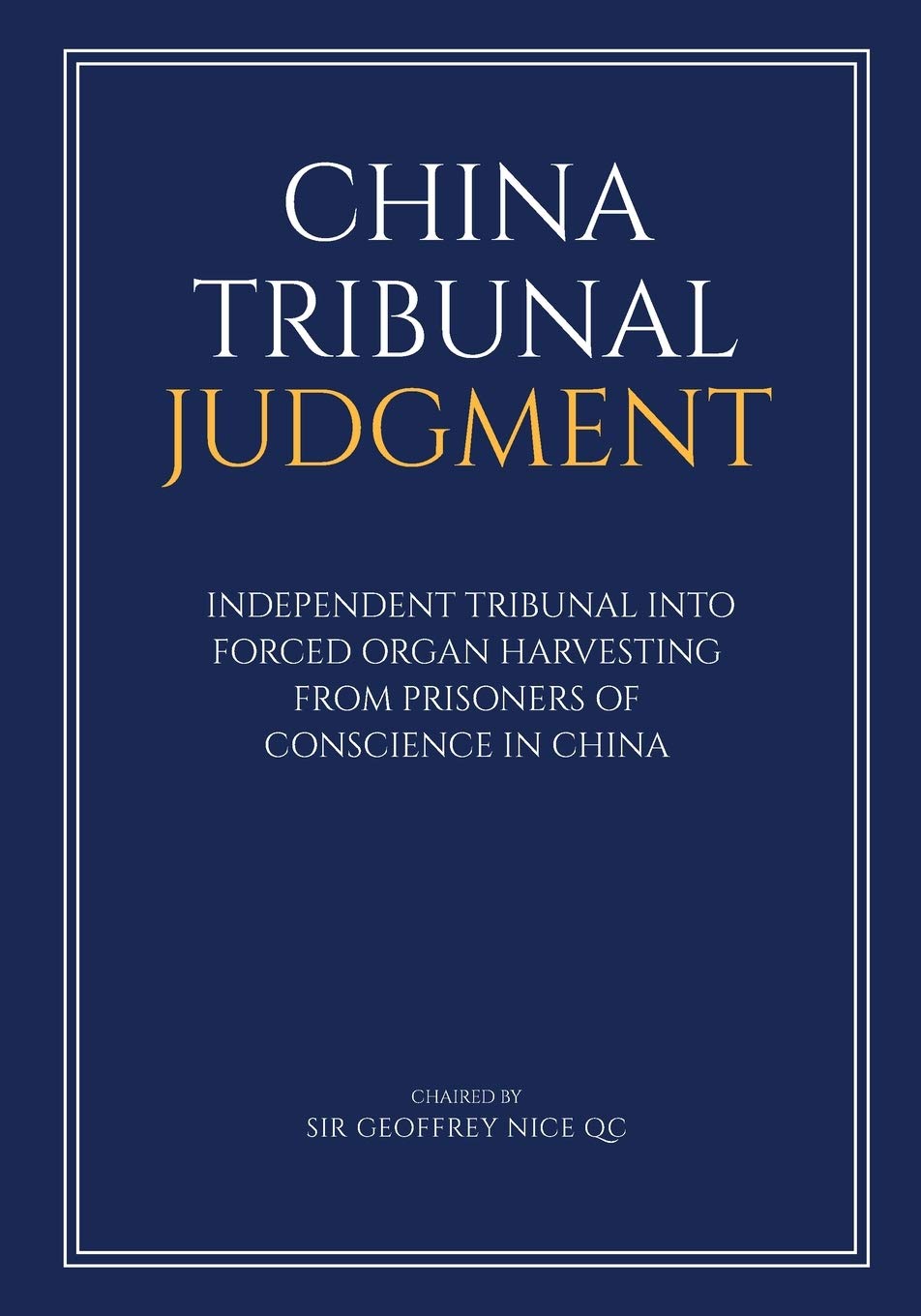 The People’s Republic of China stands accused of crimes that are comparable with the worst atrocities committed on civilians in war-time conflicts of the 20th Century. “If the accusations are true, then thousands of innocent people have been killed to order having their bodies – the physical integrity of their beings – cut open whilst still alive for their kidneys, livers, hearts, lungs, cornea and skin to be removed and turned into commodities for sale.”

The China Tribunal, a body of seven independent members, heard witness testimony and reviewed documents. It concluded that it was “certain beyond reasonable doubt” that this accusation had been proven. The People’s Republic of China had perpetrated murder, extermination, false and mass imprisonment, torture, rape and other forms of sexual violence of comparable gravity upon countless innocent prisoners of conscience, and ethnic and religious minorities. In sum, nothing short of Crimes Against Humanity. These crimes continue – those who interact with the People’s Republic of China must do so in the full knowledge that they are dealing with a criminal state.