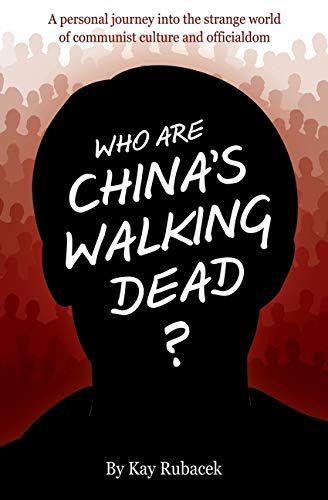 “Who Are China’s Walking Dead?”

Former high-ranking Chinese Communist Party (CCP) officials, alongside an army colonel, a judge, a diplomat, a propaganda official, a national security agent, and a CCP role-model student, lift the veil on the Marxist culture that has molded the thoughts and actions of Chinese people for over seventy years. It is this culture that created China’s “Walking Dead.”

Filmmaker and author, Kay Rubacek, weaves together interviews with these Chinese communist insiders—with extensive research and a wry sense of humor—into a rich narrative that takes the reader into a strange and dangerous world built on a foundation of lies, money-lust, and zero moral boundaries.

This book is a warning to citizens of the Free World of what could become of us if we fail to understand the operations and culture of a Marxist state.